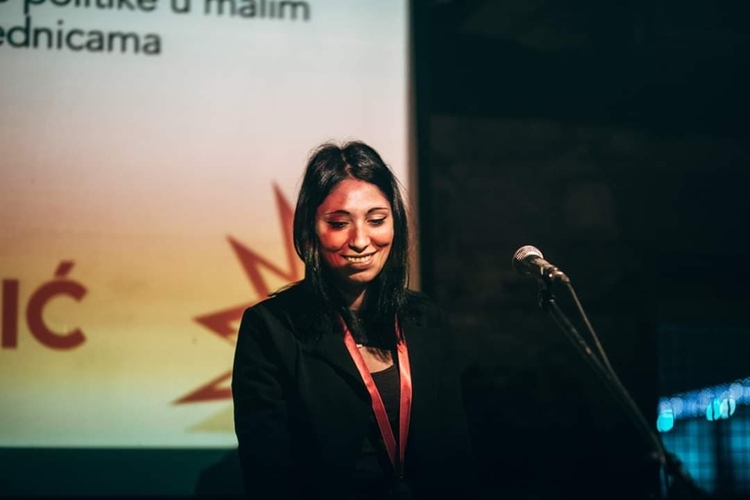 Vesna Ćerimović, activist from NovI Bečej was awarded the Bring the Noize award for "Freedom Policies in Small Communities". Vesna is known to the municipal public in Novi Becej for her long-term persistent work within the non-governmental organization "Roma Association Novi Becej" as the coordinator of the SOS Helpline on minorities’ languages, but also as the Coordinator of the Roma women's center "Rromnjako Ilo". Through street actions, promoting diversity and the fight against underage marriages, the active fight against violence against women, Vesna Ćerimović becomes recognized by the wider community outside local municipality.

Vesna found herself in the company of women who, during the past 2019 stood out with their work in various areas of women's rights protection and promotion.

As a part of the March 8th reminders of women's struggle, resistance and solidarity, in the premises of the Cultural Center of the City of Belgrade, the recognition of Bring The Noize - BeFem for feminist initiatives during 2019., were awarded to: Marija Lukić, who initiated the trial in the "Serbian me too case" against Milutin Jeličić Jutka, accused of sexual harassment.

The Astra organization was awarded for "For illuminating labor exploitation", while the Roof over the Head Initiative received the recognition "One World, One Struggle: Fighting for the Right to Home". The “Stepa Stepanović” settlement and Sofija Todorović were awarded for "For a free and solidary neighborhood", Vesna Ćerimović for "Freedom policies in small communities", Tei Nikolić and the Forest sings "For a forest feminist villa".

"Feminism in a rural way" is a recognition received by Malina Stanojević, while Milica Gudović, Ana Imširović, Tanja Kalinić and Nina Đurđević Filipović were awarded for "Translation as activism - (Un) lost in translation".

Lana Bastašić was awarded the prize "For feminist reckoning and a genius friend of domestic literature", Minja Bogavac "For fighting on the theater boards that feminism means", the Center “Living Upright” received  "Recognition for advocacy action” goes to the Center to live upright" and Olga Dimitrijević "For unreserved support and feminist friendship”.