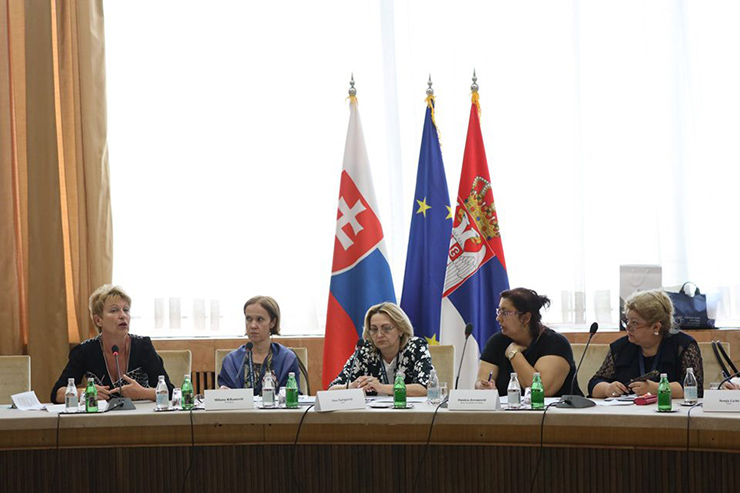 Danica Jovanovic, President of the Association of Roma Novi Becej, spoke at the Regional Conference “Decade of Roma Inclusion - Legacy, lessons learned, best practices”, held in the period from June 20th to June 21st, 2019., in Belgrade. The Conference was organized by Mr. Zoran Djordjevic, Minister of Labor, Employment, Veterans' Affairs and Social Affairs, and HE Mrs. Dagmar Repcekove, Ambassador of the Republic of Slovakia in Belgrade, in the mandate of the Chairman of the OSCE, in cooperation with the OSCE Mission to Serbia, the Regional Cooperation Council, UNWOMEN, the Roma Education Fund, the Open Society Foundation Serbia and the German Agency for International Development GIZ.

One panel referred to the situation of Roma women in the family and the society during which the position of Roma women was viewed from several aspects: domestic violence, activism, early marriages, participation and economic empowerment. Ms. Danica Jovanovic, spoke about violence against Roma girls and women from the perspective of early, child marriages.