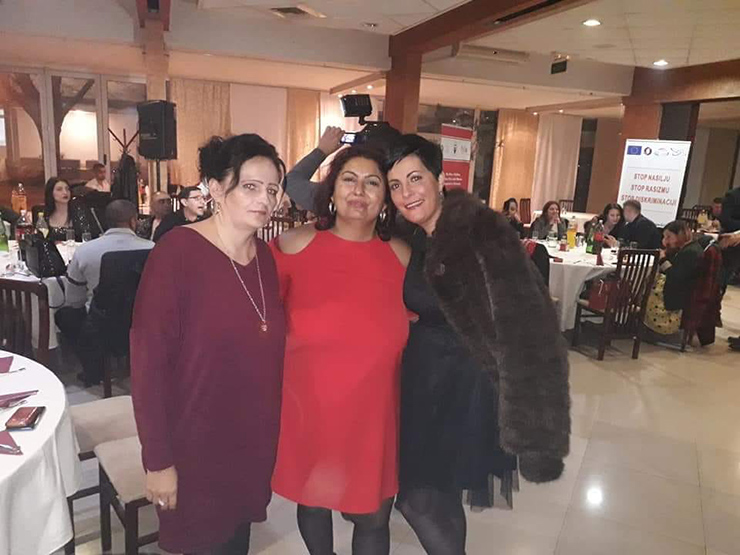 As a part of the celebration of the global campaign "16 Days of Activism", the Association of Roma Novi Becej organized and held the first Roma Ball in order to raise funds to support girls victims of the practice of child marriages. The money raised under the newly established fund will go to girls who, after entering into early marriage, have suffered various types of violence and dropped out of the educational and social system.

The Ball had gathered 100 participants from Novi Becej, but also from other towns and localities Zrenjanin, Pancevo, Becej, Novi Sad. The event was also attended by representatives of the Provincial Government: the first Roma woman in the Assembly of the Autonomous Province of Vojvodina, Jelena Jovanovic, Zivana Zivanovic in front of the Provincial Secretariat for Education, the regulations of the administration and national minorities and a member of the executive board of the National Council of Roma, as well as the Mayor of Novi Becej, Sasa Maksimovic, as well as representatives of the Trag Foundation